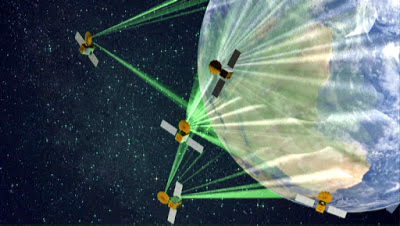 CurvaLux UK, an innovative developer and manufacturer of new generation wireless broadband solutions, has been revealed as the latest inward investor looking to set up in the Sheffield city region (SCR).

Rothbiz revealed first back in December that the SCR’s mayoral combined authority had given its backing to an £8m package of support for an unnamed company that is looking to establish a research & development, and potentially a manufacturing facility, in the city region.

Dubbed “Project Chorus” by staff working to land the investment, the first phase has a total value of £18m and could create around 350 mostly high value jobs.

Rotherham has been a frontrunner for the location of the facility.

A unit of the American-based Airspace Internet Exchange Inc, CurvaLux has been demonstrating its systems with major service providers in Asia, Middle East, and USA since 2018 with further trials planned for 2020 including Europe and South Africa. The patented low-energy technology avoids costly power infrastructure.

CurvaLux plans to attract suppliers from across the UK including the SCR.

Airspace Internet Exchange Inc is a company established by Tom Choi, a renowned satellite industry executive, to pursue the next generation of low-cost satellite and wireless broadband systems. Aimed principally at export markets, CurvaLux’s technologies are also relevant to the UK’s digital infrastructure.

Thomas Choi, executive chairman of CurvaLux, said: “I look forward to working with the Sheffield City Region as we develop our next generation of innovative digital solutions. The UK’s renewed commitment to R&D and desire to grow in global markets makes it a natural location for us. We expect to attract high-calibre employees and capable suppliers from across the UK and will engage with the AMRC [University of Sheffield Advanced Manufacturing Research Centre] and wider High Value Manufacturing Catapult as an integral part of our approach.”

Dan Jarvis, SCR mayor, added: “Despite the huge economic challenges presented by Covid19 I welcome another big boost for our South #Yorkshire economy.

“We are supporting this investment with an £8m grant, to help strengthen our economy, secure more good jobs, and build a more prosperous future for the region.”