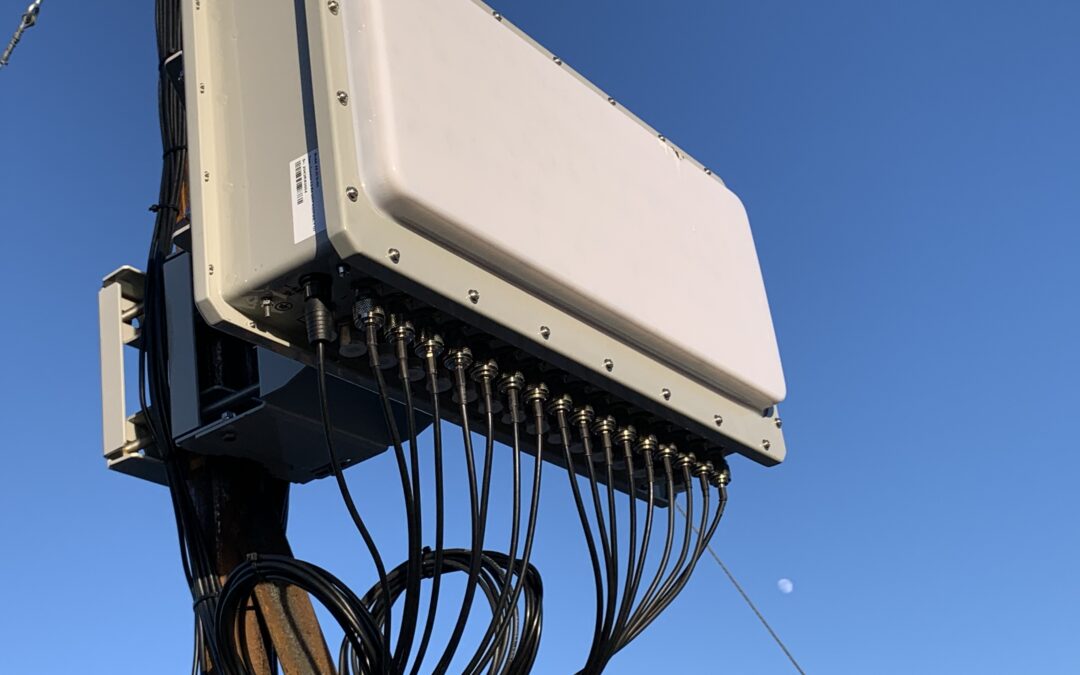 There is no shortage of start-ups waiting to pitch their vision of the future, and in the world of Low Earth Orbit (LEO) satellites, that is especially true. However, while we first found Curvalux on the back of a LEO announcement, the story told by CTO Nir Barkan was of how Fixed Wireless Access (FWA) was going to be the more transformative wireless technology for operators – one that would pit fixed-line ISPs against insurgent MNOs.

Curvalux’s largest customer is Globe Telecom in the Philippines, an operator with some 40 million subscribers, which has been deploying using the unlicensed bands in the 5-6 GHz range. Proof of Concept deployments with other operators are underway, for the new generation of mmWave Edge Nodes, for bands north of 30 GHz – although usually using licensed bands in that range.

Barkan explained that Curvalux’s technology is much more power-efficient than the Massive MIMO options available to MNOs currently, which use LTE and 5G technologies. While the latter can use tens of kilowatts per tower, Barkan said that Curvalux’s approach uses something like 1% of the electricity.

He cited the experience of Chinese MNOs that have been powering down parts of their tower infrastructure at night, such is the power drain of the idling network. The carbon footprint of backup diesel generators and batteries, combined with the higher power requirements, are not going to scale, especially if the expected cell densification efforts needed for 5G are accurate.

In a similar vein, Barkan said that Curvalux has customers that have purchased spectrum from rival MNOs that have discovered the limitations of the cellular approach. The promise of LTE and 5G-based FWA has underdelivered for those operators, who came to realize that they had acquired very expensive bandwidth but did not have the technology to exploit it.

We initially spotted Curvalux via its CurvaNet LEO project, after Telefonica signed a collaboration agreement for the project. We were surprised to learn that the initiative is not a major focus. Barkan explained the company’s thinking. If you drew a circle around every city in a country, with a 50-kilometer diameter, around 50% of the country’s population would be within that circle. Everyone within this circle has good fixed-line broadband options, and good cellular service.

Draw another set of circles with a 100-kilometer diameter, and you would net another 47% of the population. These have worse to poor fixed-line options, but will have cellular coverage. It might not be as good as the city circle, but the MNO infrastructure is there, and ready to be upgraded. The final 3% of people, Barkan said, are the candidates for the CurvaNet low-cost LEO broadband network.

We clarified whether CurvaNet had much commercial potential, wondering if it was more akin to a humanitarian effort than a Starlink rival. Barkan said that Curvalux was going to be much bigger, but there is still money to be made in CurvaNet. Getting the cost of the user terminal as low as possible, a few tens of dollars, was the main objective there. Ensuring that it could run off a solar panel’s power supply was vital too, as CurvaNet is aiming to cover the equatorial region, where mains electricity is far from a given.

Currently, Airspace Internet Exchange (AirSpaceIX) is the parent company to three subsidiaries. Curvalux is one, with Saturn Satellite Networks focused on operating small GEO satellites, and Novawurks designing modular microsatellites for LEO, MEO, and GEO orbits, under its Hyper Integrated Satlets (HISat) offering. Barkan said that soon the holding company will be dissolved, with shareholders then split among the three wings.

As for the technologies in play, Curvalux specializes in mmWave, targeted at terrestrial fixed-wireless deployments, using multi-beam phased array antennae. Its first generation focused on point to point (P2P) communications, before expanding into point to multipoint

(P2MP). The second generation saw the arrival of the 6 GHz access point for the P2MP system, with the third generation adding mmWave to both P2P and P2MP.

In terms of CPE, Barkan said it was pretty standard. In order to be affordable, you have to rely on existing technologies, he stressed. With WiFi 6 devices in the home, linked by the mmWave Edge Nodes, Curvalux can offer 5 Gbps per tower, to be divided between the FWA customers within that cell. Typically, 20 Mbps seems to be the usual package starting point, but Barkan said 800 Mbps for a single user has been achieved.

Latency of 10-30ms is typical, with operators able to add the nodes to their tower infrastructure in a gradual fashion, with a Curvalux node having a 2 km to 5 km range from the towers. Asked about Starlink and its ilk as rivals, Barkan is adamant that a FWA technology like Curvalux offers performance that LEO constellations cannot rival within those cellular footprints.

As for pressure from the fixed-line operators, where broadband might finally be connected to every building in the same utility fashion as power and water is currently, Barkan is not concerned. He described it as a holy grail, but one that is unrealistic, given the expense of permitting, digging, and installing. Labor is an expense that cannot be avoided in fixed-line deployments.

Of course, it is not surprising that a Fixed Wireless Access vendor holds this view, but it is hard to argue against the viewpoint. In the time it has taken for some of these operators to move from ADSL to fiber, we have seen the industry jump from 2G to 5G technology. Fixed-line was always the answer because technologies like WiMAX were not quite ready, but now, the likes of Barkan argue, wireless alternatives are finally up to snuff. However, it is not all rosy. Barkan recalls tower citing locations that struggled to get proper fiber backhaul, meaning operators had to rely on P2P wireless backhaul. Barkan’s view is that Wireless ISPs (WISPs) relying on 5G are in for a shock too, especially as 5G mmWave implementations suffer so badly from signal attenuation. Even windows are enough to degrade that sort of signal enough to ruin the QoE. To make a real change to internet usage globally, Barkan concluded, you have to aim for the large populations. That 50-kilometer circle is almost covered now, so the greatest difference will be felt in the 100 km diameter, comprising that 47%. Of course, it does not hurt to have a LEO option to tick a universal service obligation, but Curvalux is confident enough MNOs are going to pursue in-home broadband for it to rake in the cash. https://rethinkresearch.biz/articles/curvalux-makes-compelling-fwa-case-not-sold-leo-hype/