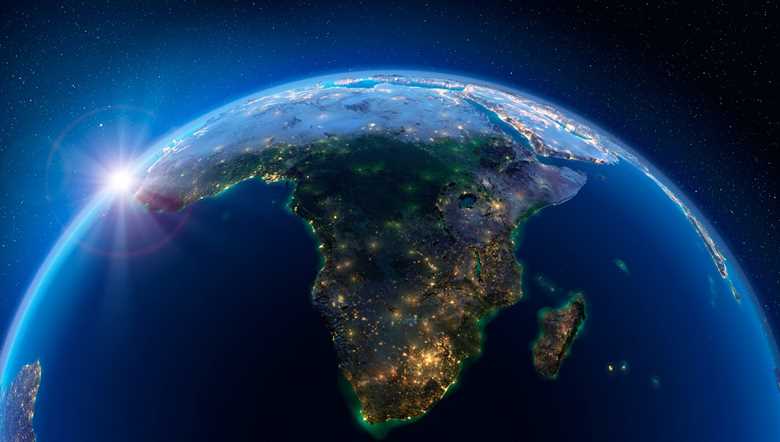 There are serious socio-economic benefits to be reaped from an increase in daily activities shifting online. For the often geographically disparate populations of Africa and the Middle East, newly developed smartphone applications can mean access to essential services such as mobile banking, chatting and video, e-health and e-education. However, the aforementioned activities require steady internet connection, something that isn’t readily available in all parts of Africa and the Middle East.

Just 22% of the African continent has access to the internet, the lowest figure in the world. Whilst the Middle East collectively has an average connectivity rate higher than the global average, said connectivity is concentrated in certain areas entrenching the so called ‘digital divide’. Countries including Libya, Syria and Yemen have connectivity rates as low as 22%.

Mobile internet use is also scarce, in a Pew Research survey of six sub-Saharan Africa countries, a median of 41% used the internet occasionally or had access to an internet-capable smartphone compared to 89% of Americans.

This is one reason why at Curvalux we’ve been working with mobile  operators and service providers in Africa and the Middle East on major trials  to improve access to essential communication applications since 2018.

Thomas Choi is the founder and Executive Chairman of Curvalux & Saturn Satellite Networks. Curvalux is a company that is involved in the creation of  next  generation  wireless  broadband  platforms  and  technologies.  Its first product, Curvalux, is a 5th generation multibeam phased array broadband wireless technology that can create unparalleled amount of broadband density for provision of low cost, extremely high-speed wireless services.

Mr Choi started his career in Aerospace at Rockwell International as a member of the Technical Staff and he was a marketing executive for Hughes Communications Incorporated.

Mr.  Choi has won the prestigious Via Satellite’s Satellite Executive of the Year Award in 2012 and in 2017, Mr. Choi was inducted into SSPI’s Satellite Hall of Fame.

The  UN  estimates  that  the  COVID-19  pandemic  will  have  a  devastating  impact  on   the   economies   of   African   nations   dragging their GDPs down by an expected 1.4%  with  smaller  economies  bearing  the  brunt  of  the  fall  on  course  for  a  forecast  GDP contraction of up to 7.8%. Similarly, Middle Eastern nations saw an estimated economic decline of 5.9% of GDP over the course of 2020.  COVID-19, the global catastrophe that seemingly   took   the   world   by   surprise   couldn’t have come at a worse time for either region both of whom, home to some of the world’s youngest populations and rapidly developing telecommunications, agri-business  and  energy  industries,  were  on   an   upwards   trajectory   before   the   pandemic paused progress.

Whilst   economies   in   both   regions   will   surely begin to grow again gradually as the situation improves, a year of worldwide loss punctuated by the absence of international   travel  will have taken its toll. Furthermore, being   quarantined   to   our   homes for extended periods of time has changed the outlook of many. As numerous businesses prepare to go remote and digitally nomad lifestyles grow in popularity, Africa and the Middle East will need to go digital to compete in a world post-pandemic prioritising connectivity and investment in their digital economies to survive.

How connectivity leads to economic success COVID-19 has brought another dimension to the working world.  Many high-profile companies such as Microsoft, Twitter and Amazon have already announced indefinite work from home policies and inevitably other businesses will follow suit.  Communications and the Pandemic new frontier in corporate life has the potential to be a great leveller no longer making residency of ‘hub cities’ like London or New York a pre-requisite for high level professionals.

In theory, this should allow more African and Middle Eastern citizens the opportunity to work for global high paying   companies   thus   creating   more   wealth and supercharging their economies. Additionally, there are serious socio-economic   benefits   to   be   reaped   from   an   increase in daily activities shifting online.  For   the   often   geographically   disparate   populations of Africa and the Middle East, newly developed smartphone applications can mean access to essential services such as mobile banking, chatting and video, e-health and e-education.

But there’s a problem.  All the activities listed above require steady internet connection, something that isn’t readily available in all parts of Africa and the Middle East.  If Africa and the Middle East are seeking to boost   their   economic   prospects   in   the   newly established digital space, strengthening access to internet connectivity is the place to start. The need is already recognised, the African Development Bank (AfDB) estimates   that   the   continent of Africa will need total investment of at least US$130 billion to US$170 billion annually to close the gap.

Setting up for success: Attracting investment to boost the digital economy.

A key feature of both the Middle East and Africa is their diversity. Comprised of numerous ethnically, religiously, and demographically different nations, each country has specific needs and fundamental market differences.  As a result, there cannot be a ‘one size fits all’ approach to attracting foreign investment and the need for each state to act autonomously on behalf of their own unique populations is apparent.

When it comes to telecommunications, such autonomy isn’t always possible, however, because of standardised regulation. Regulations relating to telecommunications are generally international.  In the case of Africa and the Middle East many of the standards currently adhered to by the industry come from following the lead of the European Union, making it hard to attract specialised foreign funding from businesses interested in catering to specific markets and limiting local governments from taking direct action to appeal to investors themselves.

Taking ownership of these standards and developing regulations on a market-by-market basis would go a long way in securing investment. In addition to this, regulatory freedom would allow for more efficient management of resources, leaving national regulatory bodies free to utilise them according to needs on the ground.  A good example of this approach can be seen through the Independent Communications Authority of South Africa’s (ICASA’s) End-User and Subscriber Service Charter regulations which came into force in March 2018. The regulations effectively cancel automatic out-of-bundle (OOB) billing and compel operators to allow users to either opt-in or opt-out of OOB pricing for data. The consumer-friendly regulation also allows for data roll-over and transfer. Local authorities know their consumers best and therefore need the freedom to work with foreign investors to ensure success.

Secondly, it’s important to remember that not every type of technology is suited to every region. Finding the best fit technology for a given area is essential in building an environment conducive to business success and attracting investment. For example, organisations and businesses in thriving Middle Eastern countries such as the UAE are no longer satisfied with being regional   leaders   and   now   have   global   ambitions. As a result, many are looking to improve their structures and capabilities through technology to achieve that sought after business edge.

This would explain the rapidly growing popularity of fintech companies especially those aimed at sharing currency, supporting businesses, and streamlining their financial processes as they seek to expand. This phenomenon is evidenced by the status of digital banking company Revolut as the fastest growing technology company in the Middle East last year. In Africa, where vast swathes of   the population live in ‘off-grid’ areas without access to power sources, innovative solutions to provide wireless connectivity are a big area for growth.

So far, solar off-grid kits have been sold and distributed in various parts of the market, but demand is outstripping supply, and a more permanent solution is needed. On top of this, cost is often a huge barrier pricing many out of sustained internet access. At Curvalux, we have applied decades of experience in the satellite   industry   to   solve   this   problem   offering fixed wireless connectivity using satellite technology that is sustainable and available to the consumer at a much more accessible price.

This sort of technology has clear potential to grow in the region, solving a key consumer problem comprehensively. After identifying the right technology for their region, local governments can then implement policies   to   attract investment in that sphere such as tax incentives and government partnerships.  Businesses will be secure in the knowledge that there is a strong demand for their product and consumer needs will be met. When it comes to rebuilding in the wake of COVID-19, the importance   of digital progress cannot be overstated, especially in Africa and the Middle East where steps need to be taken to ensure populations aren’t left behind as the world undergoes its pandemic induced digital revolution.

Of course, any such progress will come at a cost and, on the cusp of a severe global recession, that cost may not be one every country can shoulder.  Therefore foreign direct investment will be fundamental in the coming years as both regions seek to grow their digital economies.  In return, Africa and the Middle East offer exciting, fast paced emerging markets with young digitally native populations hungry for increased connectivity, lands of opportunity that no investor will want to miss out on.