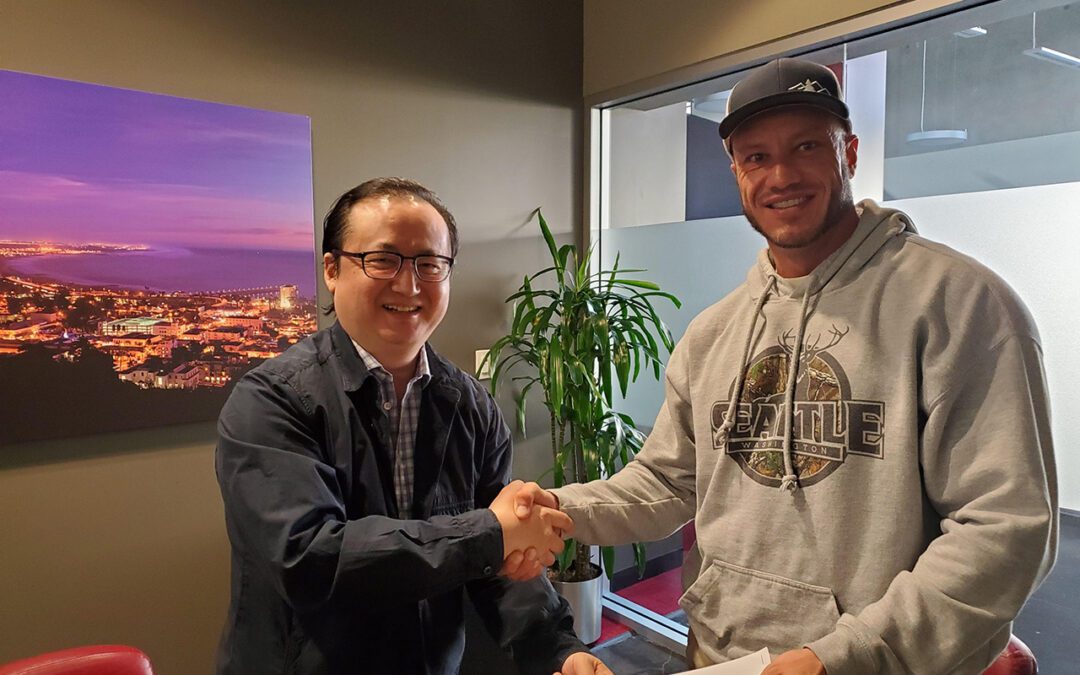 The contract will commence with the deployment of thousands of Curvalux’s wireless broadband systems across the GeoLinks’ network. This delivery supplements GeoLinks’ earlier multi-million dollar order of Curvalux’s suite of licensed point-to-multipoint millimeterwave (mmW) Edge Nodes and MaxCPEs capable of delivering tens-of-gigabits of capacity from a single sector at a range of up to 20 miles.

The companies further expanded their collaboration through an exclusive Partnership Agreement which will provide GeoLinks with a strategic head-start by being the sole user of the Curvalux unlicensed products in certain key markets during the term of the Agreement.  Specifically, Curvalux’s advanced beamforming Edge Nodes and CPEs for Fixed Wireless Access (FWA) requirements in the unlicensed 5GHz bands. Moreover, GeoLinks will only use the Curvalux 3.X mmW products to bundle with their nationwide LMDS Spectrum rights for distribution on a nationwide basis.

“This technology will allow the distance and speeds we achieve to be 10’s of multiples higher than any other fixed wireless offering on the market today and will put the fiber players on their back foot when it comes to ease of order, service delivery, pricing, and customization,” said Skyler Ditchfield, co-founder and CEO of GeoLinks. “We’re excited to upgrade our entire client base, our wholesalers’ client base, and grow the reach of the highest speed broadband services to areas it was never thought possible or financially feasible before, while bringing better options to all dense urban zones. We also have two pilot projects underway which are public-private partnerships to bring gigabit+ level access to low-income urban communities with this technology as well. Ultimately, we aim to create more digital equity in the marketplace with licensed fixed wireless technology.”

“We are thrilled to be working with GeoLinks to bring fast connectivity, broader coverage and much faster deployment compared to terrestrial fiber. Digital connectivity is becoming increasingly critical for the economic viability of communities around the world and GeoLinks and Curvalux share the common vision to deliver inclusive and sustainable digital transformation through technical innovation,” said Richard Pak, CEO of Curvalux. “We look forward to our close cooperation with GeoLinks as we continue to transform the broadband landscape by releasing our next generation of unique solutions that are not only far superior for Fixed Wireless Access (FWA) applications, but will also address the need for ubiquitous cellular coverage and the growing appetite for faster speeds to mobile devices.  The release of our MobileMux technology will enable cellular operators to increase the capacity of existing cellular networks by up to 50X and expand their cellular network coverage with minimal investment, while consuming only a small fraction of the electricity to operate the system.”

With GeoLinks’ recent acquisition of all of Verizon’s fixed wireless spectrum holdings nationwide, it now owns spectrum in nearly every major metropolitan area market from New York to Miami to Houston to Los Angeles and beyond. GeoLinks further plans to be the first carrier to aggregate unlicensed mid band with licensed MM wave frequencies for businesses, providing further resiliency and peace of mind against hardware failure.